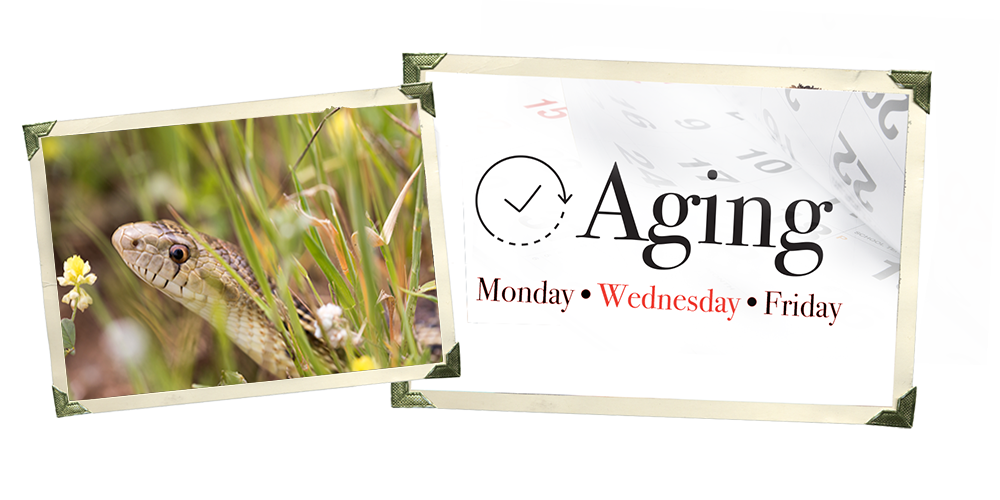 For several years, Sherry and I have enjoyed the company of Snoop, a gopher snake who looks like a huge rattler. When I first met Snoop, I nearly stepped on him – and he didn’t like it. He scared me silly.

After my initial panic, Sherry and I observed that this mammoth snake had no rattle. We’ve had practice identifying snakes on desert hikes – but Snoop was by far the biggest. So, I slowly made peace with Snoop, and he’s been slithering around our property ever since, minding his own business.

With similar markings, gopher snakes are easily confused with rattlers. They also hiss loudly, shake their tails and coil up when threatened. Gopher snakes are not harmful to humans – unless you count scaring people senseless.

I’ve misjudged the intentions of many people in my life based on their outward appearance. Individuals I thought were my friends caused me pain. And unique characters I thought were out to get me became my good friends.

Today, I lounge lazily in the front yard in my favorite chair. Snoop is also sunning himself.

Thank goodness we both took a closer look.

Don Kuhl is founder of The Change Companies® and Train for Change Inc.® He has authored hundreds of Journals that have assisted over 10 million people in making positive life changes. While Don was aging (think of a side of beef at a fine restaurant), he managed motel properties, started several sports publications, worked in college and health care administrations and started about a dozen corporations. Some of them failed miserably, a few flourished.