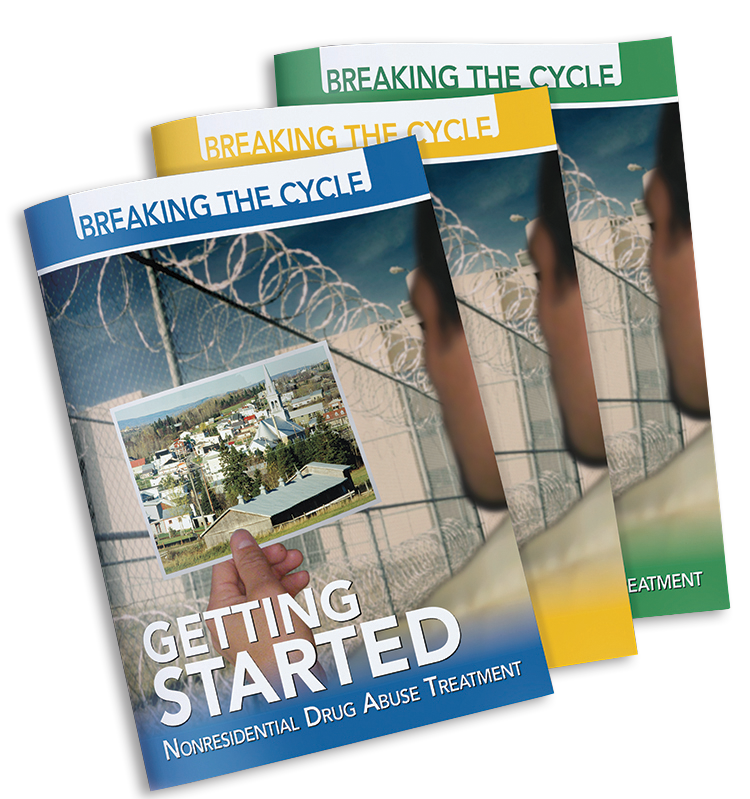 Just about every week, Lance Reynolds, a drug treatment specialist at the El Reno Federal Prison in Oklahoma, said he hears an encouraging story from an inmate using The Change Companies®’ Breaking the Cycle series.

“They tell you there were things like someone cutting in front of them in line or someone making a lot of noise, and they’re like, ‘I was practicing my Rational Self-Analysis; I didn’t yell at the other inmates,’” Lance said. “If they didn’t get in the conflict with someone – they challenged their belief, which kept them off the incident report – then they definitely accomplished a goal.”

Using cognitive-behavioral practices and evidence-based strategies, Breaking the Cycle helps participants as they work to make positive changes to their criminogenic thoughts and behaviors and patterns of substance use.

Because of the series’ efficacy and impact, Lance said he’s been using the Breaking the Cycle series for eight years and counting.

He said the program’s especially impactful when participants present in front of the group, whether they’re reading aloud their Readiness Statement from their Getting Started Journal or sharing their Statement of Change from their Core Skills Journal.

“This gives guys an opportunity to see that they are just like everyone else,” Lance said. “They have strengths and they have shortcomings that they can work on, individually and collectively.”

In addition, Lance said going through the Breaking the Cycle series gives participants a chance to take a step back and challenge their beliefs and perceptions about situations.

Lance pointed to one participant at El Reno Federal Prison who, prior to starting the Breaking the Cycle program, admitted he was very closed off to the idea of changing his beliefs and holding himself accountable. However, by the time he finished the program, the participant had opened up to the idea of making positive change, according to Lance.

“He said he was able to realize that it was his irrational thinking that was leading him to make these poor decisions,” Lance said. “He said he hadn’t finished a program in a long time. And he was now listening to his family and friends more and improving his communication with them.”

To that end, Lance said oftentimes participants in the program will set a goal of improving their relationship with their family. With the Breaking the Cycle series, Lance said participants at El Reno Federal Prison are able to focus on building healthy relationships and practicing effective communication, among many other skills.

See The Breaking the Cycle Series